Learn about the history of beekeeping in Asturias 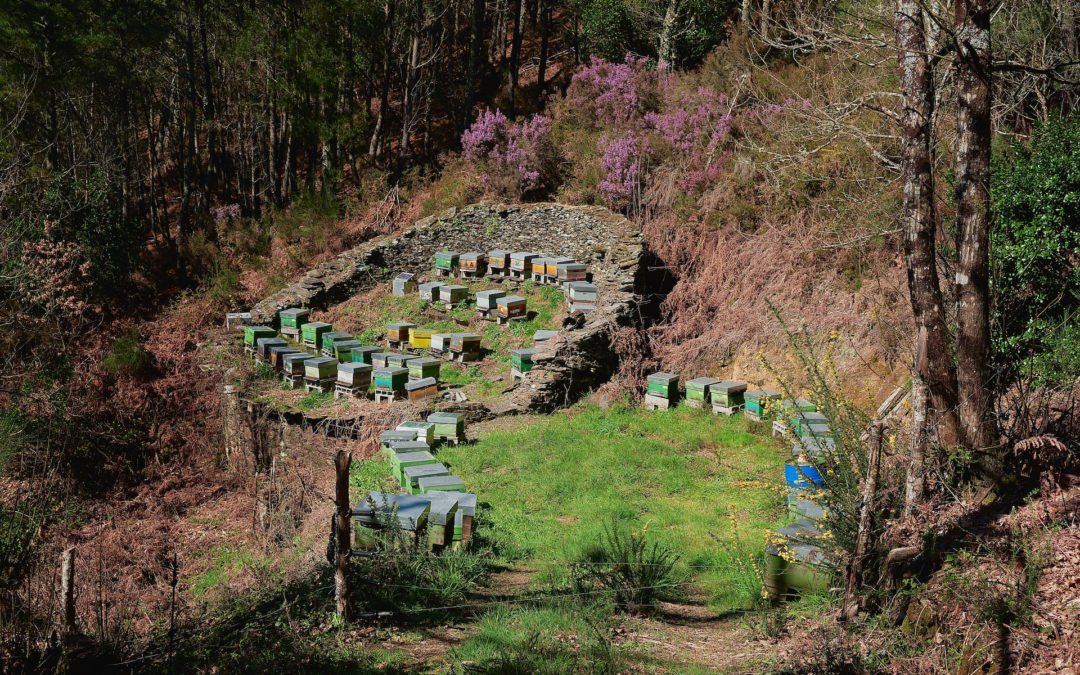 Beekeeping, a technique dedicated to raising bees, is one of the oldest and most historical activities in various civilisations. In Asturias, beekeeping began centuries ago and for years, the bee was the only insect from which they obtained produce.

Beekeeping has played an important role in different civilizations for centuries. More than two hundred cave paintings from 8,000 years ago depict the activity of women and children, of ancient hunting populations alongside wild bees and beehives. An occupation that with the arrival of sedentary lifestyle would become a man’s task.

From Egypt to Asturias

Beekeeping as a livestock activity expanded through the Iberian Peninsula, having first been an important pursuit in Egypt, Greece and ancient Rome. In Asturias, during the Middle Ages bees began to be considered small livestock, being the only insect exploited by peasants. This happened due to the already known nutritional properties of honey at that time, consumed by Asturian peasants.

These peasants were known as “abeyeiros” -beekeepers in Spanish-, real beekeeping experts who developed techniques that made getting the maximum benefit from the hives possible, honey and wax being the two main products.

In Asturias, beekeeping is separated in two different geographical areas, this being an important factor in the organoleptic characteristics of each type of honey. The Narcea River separates the Eastern zone from the Western zone, locating the councils of the eastern part of the river to the east and the councils on the western part of the river to the west.

In the Western area, the beekeeping heritage is still visible today in the landscape with two different constructions: “talameiros” and “cortinas”. They are very specific apiary enclosures. The main aim of these stone constructions was and is, the defence of the hives from bears and fire. “Cortinas” have a circular shape and “talameiros” have a square shape. Beekeeping was so common that more than half of the population in the area used beekeeping as a profession.

This area is where our hives are located, an area with great vegetation that endows our honey with unique organoleptic characteristics.

Unlike the Western area, beekeeping was not as developed in the eastern area and only one or two neighbours in each town were engaged in beekeeping. The apiaries used to be located in the interior of the towns and the existing number was small.

Beekeeping in Asturias to this day

Although it is an ancient tradition, it is true that it has declined over the past centuries. The land registry of Marqués de la Ensenada, an economic census carried out by the order of the Crown in the mid-18th century, shows how the number of hives declined in the past three centuries from 65,813 to 30,000 today.

A clear setback in Asturian beekeeping activity that has not affected the development of our honey. For this reason, at LAPUELA Honey we continue with this ancient tradition, whilst we care and respect our environment, our hives and our bees. Our aim is to offer 100% natural products without any processing. If you want to buy LAPUELA Honey, you can do so by shopping at our online store.